Blue States pay for Red States in the tax heist

Part of the Repugnantan tax heist is to steal from the liberal States and give to the conservative States. They do this by repealing the State and Local Tax (SALT) deduction. By taking SALT deductions away from those successful people who live in liberal States like California and New York they will have to pay more in taxes to give tax breaks elsewhere. These liberal States also tend to be the ones the are the most productive and financially successful so pay the brunt of US taxes anyway. 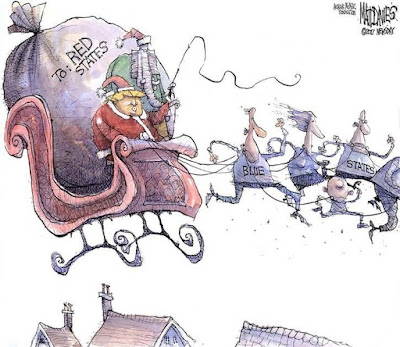