Time out of joint

Continuing from the never-ending IPS thread on OOO, on p. 57 I brought in DeLanda's reading of Deleuze's virtual and compared it with Bryant's reading and Derrida's notions. I started with this quote from DeLanda's Intensive Science and Virtual Philosophy:

"This virtual form of time, involving the idea of absolute simultaneity, would seem to violate the laws of relativity. In relativistic physics two events cease to be simultaneous the moment they become separated in space, the dislocation in time becoming all the more evident the larger the separating distance....[but] in virtual space there are no metric distances, only ordinal distances that join rather than separate events.... Unlike a transcendent heaven inhabited by pure beings without becoming (unchanging essences or laws with a permanent identity) the virtual needs to be populated exclusively by pure becomings without being. Unlike actual becomings which have at most an intensive form of temporality (bundles of sequential processes occurring in parallel) a pure becoming must be characterized by a parallelism without any trace of sequentiality, or even directionality. Deleuze finds inspiration for this conception of time in phase transitions, or more exactly, in the critical events defining unactualized transitions. When seen as a pure becoming, a critical point of of temperature of 0 degrees C, for example, marks neither a melting nor a freezing of water, both of which are actual becomings...occurring as the critical threshold is crossed in a definite direction. A pure becoming, on the other hand, would involve both directions at once, a melting-freezing event which never actually occurs, but is 'always forthcoming and already past'.... Unlike actual time which is asymmetric relative to the direction of relative pasts and futures, a pure becoming would imply a temporality which is perfectly symmetric in this respect, the direction of the arrow of time emerging as a broken symmetry only as the virtual is actualized."


DeLanda notes that the virtual is a "pure becoming" in "a time where nothing ever occurs but where everything is endlessly becoming in both unlimited directions at once...perfectly symmetric" (107). His strict dichotomy of being (actual) and becoming (virtual) here, as differentiated from Bryant's being is becoming and vice-versa, seems akin yet again to the way the absolute and relative are related in the shentong and rangtong views. And again relevant to Prigogine's criticism of such time symmetry in QM.

Bryant notes for example in The Democracy of Objects: "[Deleuze's] suggestion here is that the virtual seems to consist of a single continuum, such that there is only one virtual, one substance, that is then partitioned into apparently distinct entities" (3.2). This kind of virtual would ostensibly allow for "absolute simultaneity." He also criticizes Spinoza for this, btw, which influence is obviously appreciable in Morrison's notions.

Also see Bryant's earlier book Difference and Givenness: Deleuze's Transcendental Empiricism and the Ontology of Immanence (NW UP, 2008). It highlights the different ways DeLanda and Bryant use and interpret Deleuze, particularly on issues stated recently above like the uniform (or not) nature of the virtual and how time is conceptualized. See particularly chapter 7, where hecceities are "not persons, not subjects, not individuals, not things, just the seamless undifferenciation of a chaotic flux, the purity of being" (177).

The section "time out of joint" in chapter 7 (starting at 185) sounds similar to DeLanda above, but not quite.

"Rather than approaching  time cardinally in terms of succession, we instead seek to determine its ordinal structure...as the immutable form of change conditioning movement.... Put alternatively, conceived transcendentally, the past is that which was never present, the present is that which is only ever present, and the future is that which will never arrive" (186-7).

I'm reminded of Bryant's paper "Time of the object" introduced on p. 7. In the article he discusses this notion of ordinal time as the foundation for the withdrawn (virtual), which is distinguished from DeLanda's reading of Deleuze's virtual in posts above.

"This does not mean that Deleuze holds that we have an unmediated experience of the infinite and unconditioned.... Deleuze refers to this conception of time as the 'Whole'.... [he] identifies this transformation of the Whole with the openness of all systems....we cannot identify the whole with a totality or closed system.... The Open Whole as the never-given totality of time gives us a priori grounds for critique (D&G, 196-8).

Also see this section of the SEP entry on Derrida. Derrida follows Kant's transcendental approach in exploring the condition(s) that make experience possible, which requires that irreducible singularity and iterability are distinct yet inseparable. And of course this occurs in time. But what kind of time per above, successive or ordinal? This is where the critique of the metaphysics of presence come in, for there is no pure present, which is always conditioned by a relation to the past and future. As in Deleuze's notions above of the irreducible ordinal relations of past, present and future from Bryant's D&G. We see Derrida also use the phrase "time out of joint" to express this, as did Bryant. This kind of time replaces "a linear relation between foundational conditions and and founded experience," i.e., successive time. And all without some "pure becoming" like DeLanda's virtual on p. 57, since actual and virtual are inseparably mutually entailing. And all with The Open Whole, gaping, hungry, waiting to devour our very essence! Terrible, frightening, liberating... 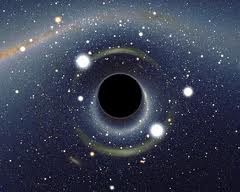