Slavery is alive and well

And the slave masters continue to fool the general public into voting to maintain their slavery. At the root of wage slavery is the very system of capitalism. Eisler is one among many, including me, who thinks capitalism is a wrong turn based on, among other things, a dysfunctional individualism within a metaphysical system. It is NOT a healthy level on its way to a healthy next level. Rifkin is another who sees an entire hierarchy infected with the premise of a dysfunctional, individualist premise and provides something more like Eisler's evolution based on balanced partnership. 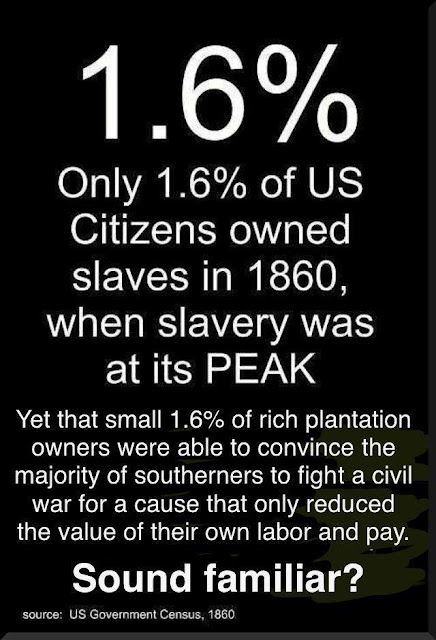