If the writing is too small see the original here. 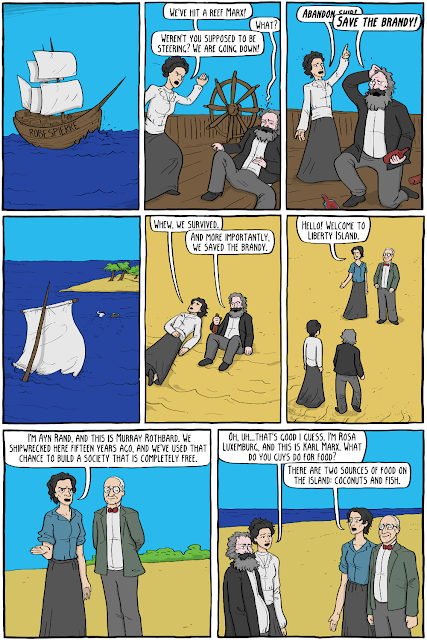 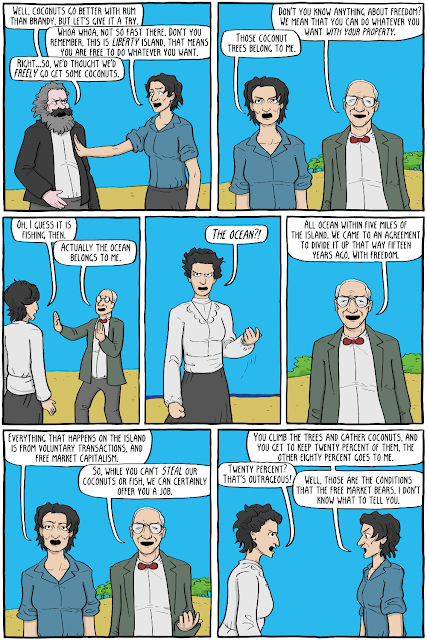 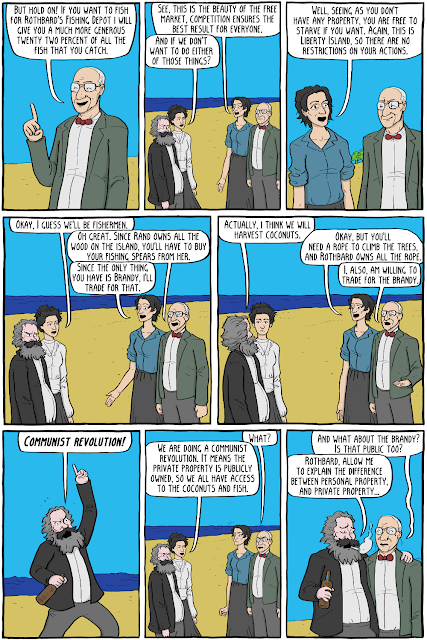 Ayn Rand and Murray Rothbard are free market, capitalist libertarians. They essential believed that we would be the most "free" if nothing interferes with property relations, free enterprise, and the ability to make voluntary agreements. They don't believe the government or public should be able to take property from the wealthy elite and redistribute it, because they got that property through voluntary transactions.

So in this case, Rand and Rothbard own not only the land and sea, but also the tools needed to extract the coconuts and fish. Marx and Luxemburg, being property-less workers, have no choice but to work for the property owners or die. Since Rand and Rothbard essentially have a monopoly if they work together, they can enforce basically any condition they want, but again, all of this is still voluntary in some sense. The labor of the workers is owned by the capitalists, and they take what is produced, and only give back some of it to the workers, ideally (for them) just enough to survive. After the revolution, no one would own anything but personal property, and everyone would have to work, and everyone would receive the full value of what they produced (although Marx obviously calls for the abolishment of things like money and commodity trading as well).