Gone are the days of Obama's "yes we can." Clinton's attacks on Sanders revolve around the notion that he's idealistic and wants drastic change that is not feasible. She wants to maintain the status quo and work incrementally for change, or so she says. So we just can't do what Sanders wants, which by the way is what the majority of the American people want: the kind of democracy we actually used to have and quite successfully. Instead of Clinton's new slogan Sanders should be: Yes we must. 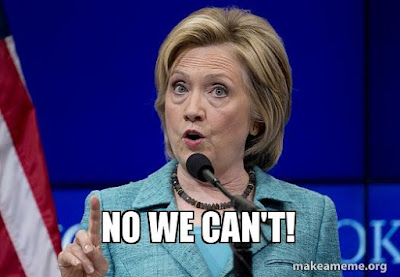