Did Stein cost Clinton the election?

The graphic below is accurate but did it cost Clinton the election? See this discussion at 538. The stats assume that all those that voted for Stein would have voted for Clinton had not Stein been in the race. The discussion notes that some % of the Stein vote is because there were never-Hillary Democrats that could never bring themselves to vote for her, even if it was between just her and Dump. So there's no accurate way to determine whether Clinton would have won in those swing States were it not for Stein. 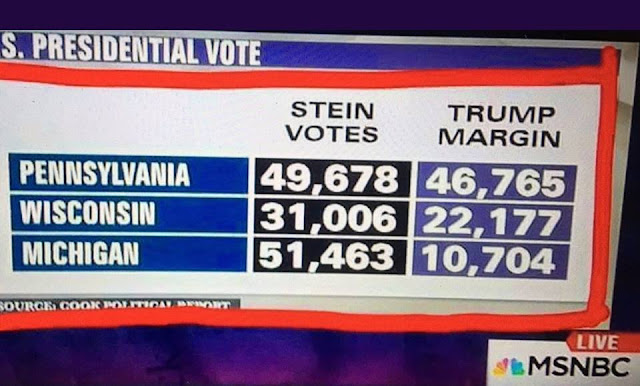