Kochs pay off Ryan for the tax Bill

Just days after the tax bill was passed, Speaker of the House Ryan got $500,000 in campaign contributions from the Kochs, who will benefit in $ billions from the legislation. This used to be of course illegal, but not anymore thanks to corrupt laws paid for by the Kochs and their fellow oligarchs, as well as the Supreme Corp. making money free speech. The Swamp everyone was supposed to be against is doing better than ever. 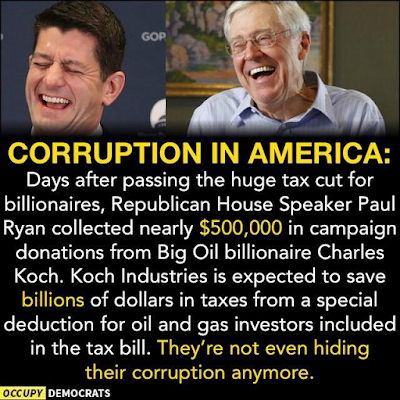