According to this piece:


"New York Congresswoman Alexandria Ocasio-Cortez is set to become a superhero in Alexandria Ocasio-Cortez And The Freshman Force: New Party, Who Dis? The Devil's Due Comics special will take a satirical look at her quick rise to political prominence in an anthology of stories.
"Now, NY Collector Cave, a comic book store located in Ocasio-Cortez's district, is casting Ocasio-Cortez as Wonder Woman-esque figure with an exclusive cover by Carla Cohen that homages the DC hero." 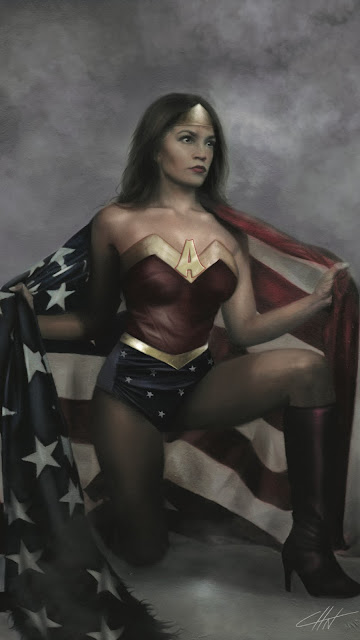