Warren is the first Dem Presidential candidate to go after Biden.

"Asked by a reporter on Thursday about a 2005 fight the two had over bankruptcy legislation, Warren was clear that she believed Biden took the side opposing American families: 'I got in that fight because [families] just didn't have anyone and Joe Biden was on the side of the credit card companies. It's all a matter of public record.'" 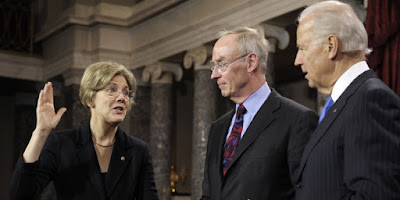