Terrorism in the eyes of Repugnantans

This is the Austin bombing terrorist. The dictionary definition of terrorism follows. Nothing in there about being Muslim. And speaking of the bomber's political purposes, he is anti-gay, anti-abortion and pro-death penalty. Hopefully he'll get the latter but not being Muslim and in Texas it's doubtful. Also note definition 2 about terrorization and follow the link.


1.the use of violence and threats to intimidate or coerce, especially for political purposes.
2.the state of fear and submission produced by terrorism or terrorization.
3. a terroristic method of governing or of resisting a government. 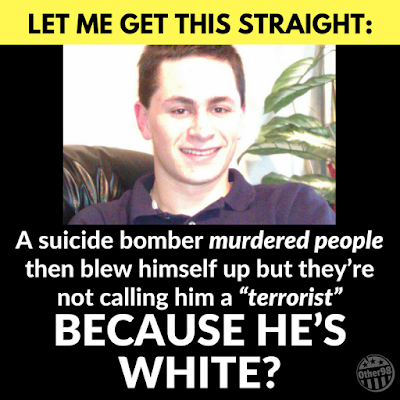