The US has the most expensive and least effective healthcare

According to the Commonwealth Fund, ranking 11 developed nations. The ACA may help out some due to providing insurance for more than before, cutting some costs and increasing effectiveness. But it's still based on the private insurance system, a large part of why we suck in the first place. But those who want a privatized system just will not face facts, insisting we're the best in the world when it just ain't so. The best is the UK, the least privatized and most socialized. Yes, socialized medicine has better results and saves money. But US regressives could really give a shit about either of those things, contrary to their bullshit spin. 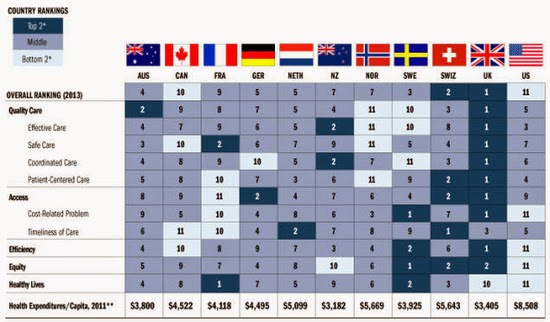