Meaning specious and illogical. They claim they can't even consider a Supreme Court nominee because "the people need to decide," meaning the people in the next election. That supposes that the people didn't decide our current President, whose was elected twice in landslides. And his job is for 8 years, not 7. So this graphic turns the tables on them and says then they don't get to do their jobs for the last year of their term. (Problem is though that they haven't done their jobs since they were elected, instead just blocking and obstructing everything constructive for we the people.) 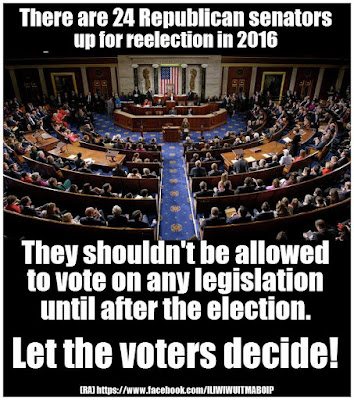