Sanders would have beaten Trump

I agree with this article on the topic. Twamp won Michigan, Wisconsin and Pennsylvania by the slightest of margins, garnering just enough of those working-class voters that Obama won in previous elections. Twamp did so by appealing to working-class suffering, which Clinton and the Dem Party abandoned some time ago. But not Sanders; he was a working-class hero that not only talked the talk but walked the walked for decades in Congress. Odds are strong he would have received the majority of the working-class votes in those 3 States. He would have also received substantially more of the Millennial vote than Clinton, since a significant portion of them went with the Green Party after the Dem Party screwed Sanders in the primary. And no, the Dem Party still hasn't faced these obvious facts about not only this election, but why they've lost several past elections. 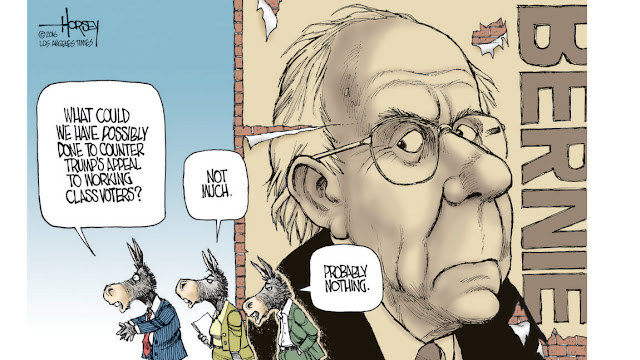