I previously discussed how the holon concept can be formulated as a theory for anything instead of a theory for everything, which has significant implications for integral theory as a whole. I also linked to some pictures of how this might be graphically depicted (here and here). Following is another graphic of interlacing spheres to get my idea of holons across. The small green sphere, for example, could be a word. The medium red sphere could be a phrase. The largest yellow sphere could be a paragraph. The word and phrase share some common space within the paragraph during their participation within it, yet they are still free to be parts of other larger holons instead of being completely subsumed by some assholon. Thus the image could be extended indefinitely with multitudes of interlacing holons a la Indra's net. And per Edwards' notion we choose to zoom in our lens to any particular holon for purposes of definition and pragmatic use, thus temporarily bracketing all the extraneous and infinite other holonic relationships in which the part/wholes partake. The image is copyrighted per below. (Click on it to enlarge.)

Related to this I was reading from our old Gaia thread on "transpersonal psychology" and found this post of mine, relevant to this thread:

In Chapter 6 of Goddard’s Transpersonal Theory he reiterates something I said in the Krishnamurti 2 thread about Gebser. Previous structures are not holonically subsumed into the next higher structure. The lower structures continue to develop laterally within the dominant higher structure. However successively higher structures up to the mental-ego are by nature “divisive” or exclusive into a higher-lower polarity whereby one pole is dominant, and higher tends to at least consciously (epistemologically) subsume the lower. Nonetheless ontologically the repressed (and previous) pole (structure) continues to develop but unconsciously and it is not until the so-called centaur structure (Geber’s IA) that we begin the return arc of integration of our formerly repressed structures. This conscious return then finds those previous structures having gone through their own developments unbeknownst to us so that they are not the immature magical and mythical worldviews they were on the upward arc of development. Add in the conscious ego’s recognition and integration of them and we get an IA structure that holds all of the structures as they are without contradiction. 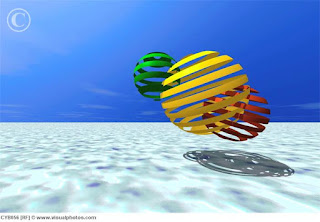