You've heard the specious spin, even from the Wall Street Democrats, that a progressive agenda can never win elections because it's too far left. Not so according to this article. See it for the details but the two charts below show that 1) more Democrats are identifying as liberal and 2) that the majority of people lean toward the Democrats. While the charts don't make the connection to the more progressive agenda of those identifying as liberal Dems it seems apparent from other polls that observe the majority support those agenda items like no cuts to social security or Medicare, and increases to the minimum wage. 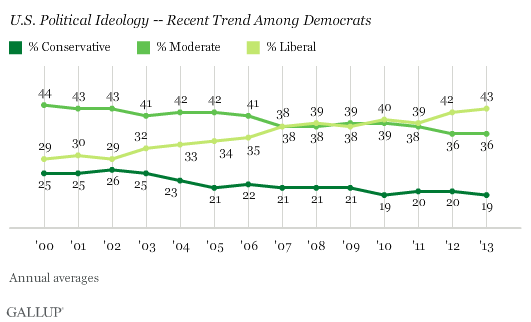 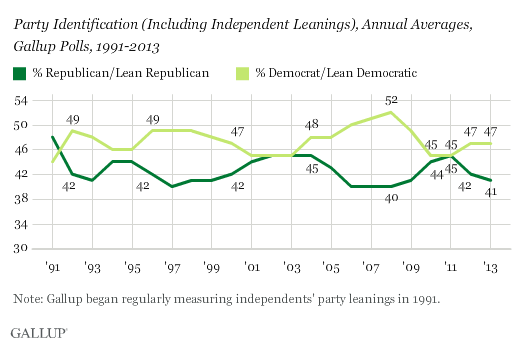