Benedict Donald is a failure

A complete and total failure. He is not a successful businessman. He failed at that time and again. When no US bank would lend him money anymore due to those failures he ended up going to Russian oligarchs and their illicit banks for money. He is compromised by that devil's bargain to the point of treason against the US. Don't fall for the fake image; he is the biggest failure in the history of mankind. 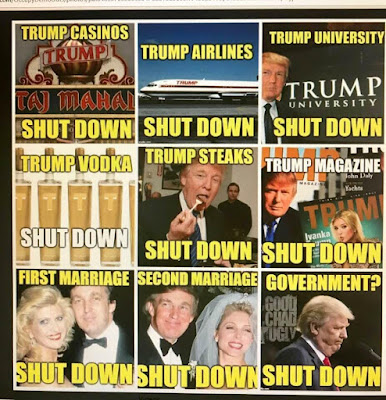