From The Onion, about as believable as Iran behind the tanker attacks.

WASHINGTON—Blasting the Middle Eastern nation for the brutal assault on the Olympic figure skater, President Donald Trump claimed Tuesday that Iran was behind the infamous 1994 attack on Nancy Kerrigan. “It is because of the crazed actions of the Ayatollah that a world-class athlete was cut down in her prime,” said Trump, describing how the Supreme Leader of Iran Ali Khamenei used a baton to bludgeon her legs after practice one night while then-president Akbar Hashemi Rafsanjani waited outside the Detroit arena in a running car to help him make a clean getaway. “These clearly belligerent actions are a provocation to Americans who loved this graceful young skater and everything she represented. Nancy Kerrigan could have placed gold if it weren’t for Iran’s disgusting aggression. The Ayatollah’s fingerprints were found all over the crime scene, and we as a nation won’t stand for it.” Trump added that the U.S. military had deployed 1,000 troops into the Middle East in hopes of finding peace for Nancy Kerrigan and her family. 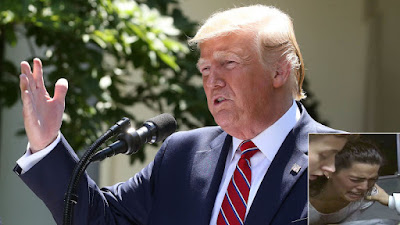