Integral Options brought this to my attention, an article in the 9/13 Integral Review called "The metaphysical instincts and spiritual bypassing in integral psychology." It fits with this IPS thread, and this one. The abstract:

"Instincts are innate, unconscious means by which Nature operates in all forms of life including animals and human beings. In humans however, with progressive evolution of consciousness, instincts become increasingly conscious and regulated by egoic functions. Biological instincts associated with the lower-unconscious such as survival, aggressive, and reproductive instincts are well known in general psychology. The higher-unconscious, which is unique to human beings, may be said to have its own instinctual processes referred to here as the ‘metaphysical instincts’. In traditional spiritual practices awakening the metaphysical instincts has often been done at the expense of suppressing the biological instincts—a process referred to as spiritual bypassing. This essay discusses how the metaphysical instincts initially expressed as the religious impulse with associated beliefs and behaviors may be transformed and made fully conscious, and integrated with the biological instincts in integral yoga and psychology in order to achieve wholeness of personality." 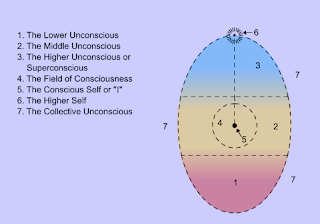