This card was picked randomly and my free association follows:

He works hard for the money but by the looks of his tattered jacket he isn't paid much. He can't afford to live in the city so lives and works in a small rural town on the outskirts where the cost of living is less. His wares though are likely sold in the city where the money changers make the profit on his work while paying him pennies on the dollar. It's the typical capitalistic sweatshop overseas where Walmart has its products made and then sold in the US, where it can treat its US workers in like fashion. 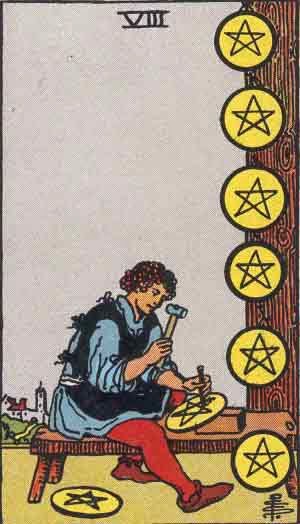