This meme is exactly right. I'm reading Listen, Liberal by Thomas Frank. Establishment liberals became the Party of the professional class and no longer represent the working class. They adopted the Republican notion that the best and brightest, at least according to their own standards, deserve what they get and those that don't achieve on those standards also get what they deserve in poverty etc. Hence it is all about the upper class, the top 10%. The rest can go to hell. Of course they won't say this outright but spin that they are still on your side to get your vote. Look not at what they say but what they do, like the TPP, Wall Street bailouts, tax breaks for the rich and so on. 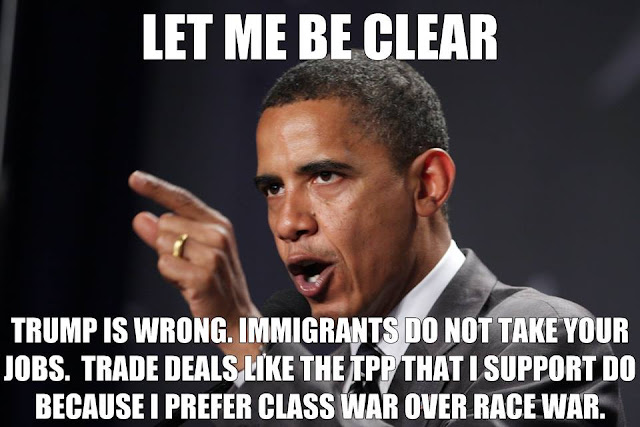