See this story. Reporting on this issue is up in 2014, but that's not saying much. This year there has been a total of 60 minutes of coverage on the major Sunday talk shows. MSNBC led the way with 20 minutes so far. However that time has been split between accurate, science-based reporting and debate-style reporting, where climate change denial is represented as an equally accurate position. The following chart breaks it down in these 2 categories for the major networks. No surprise, Fox had 0% of accurate reporting. 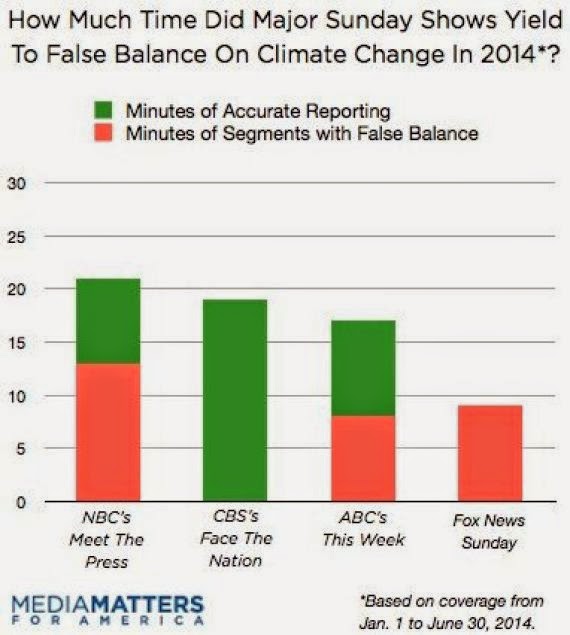